CURRENT REGULATIONS AND STANDARDS FOR PHARMACY COMPOUNDING – HOW TO BE COMPLIANT

Are you up to date with current regulations? Is your compounding pharmacy compliant? Never assume – the likelihood of having your pharmacy inspected continues to increase.

Over the last few years, pharmaceutical compounding has come under increasing federal and state regulatory scrutiny and oversight due to the inherent risks involved in this practice. As such, new laws and standards have been introduced for both sterile and non-sterile compounding to ensure patient safety and prevent future outbreaks. While these standards are vital to protecting and promoting public health, many compounding pharmacies struggle to keep up with all the changes and sometimes conflicting requirements. Our workshop will provide you with the resources needed to keep you up to date with current guidelines and regulatory standards. By attending our training, not only will you maintain your commitment to quality, you will also be able to incorporate the practical changes required to meet or exceed compliance with the latest sterile and non-sterile compounding laws and regulations.

An unrestricted educational grant has been provided by MEDISCA Inc.

The training will be held at the Stewart Hotel. Please proceed to the Wharton Room for sign-in and registration. 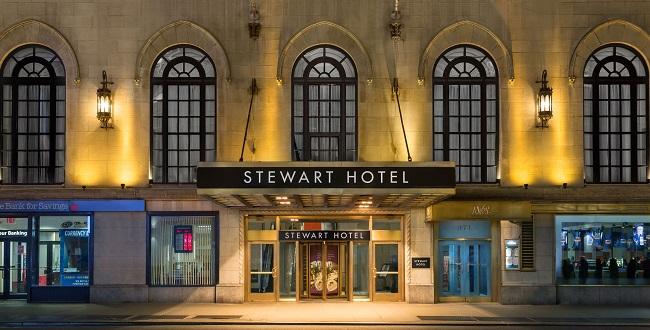 The venue, the Stewart Hotel, doubles as our preferred hotel accommodation.

Based on availability. Payment for hotel accommodations is at the expense of the activity participant.

A pharmacist for more than 30 years, Mr. Cabaleiro is a nationally recognized expert in non-sterile and sterile compounding, pharmacy quality, accreditation standards, and compounding pharmacy management and operations. Mr. Cabaleiro began his career in home-infusion therapy as pharmacy manager. In 1982, he developed an innovative compounding computer system used nationwide that combined a notebook computer, barcode reader, and electronic balance to permit the safe preparation of complex total parenteral nutrition solutions. He served multiple facilities in the roles of operations and general management during this period of his professional career.

In 1989, Mr. Cabaleiro founded and led a compounding pharmacy, catering to both human and veterinary patients in Cary, North Carolina. During his ownership of the pharmacy, he helped establish the Pharmacy Compounding Accreditation Board (PCAB) and served on various committees that developed industry standards. His pharmacy was among the first to receive PCAB accreditation. After selling the pharmacy, Mr. Cabaleiro joined PCAB during the organization’s most dynamic period of growth.

Mr. Cabaleiro received his Bachelor of Science in Pharmacy from the University of Florida. He has served as an adjunct professor at the University of North Carolina, and has written numerous articles in professional journals, as well as policy and procedure manuals for home-infusion and compounding pharmacies.

To receive CPE credits for the live component, participants must demonstrate full and satisfactory participation, and submit a completed evaluation to the University of Florida College of Pharmacy.

International participants should verify with their respective governing board for accreditation equivalency.

Price:
$750.00
Please login to Enroll or Add to Waitlist
Cancellation and refund policy: